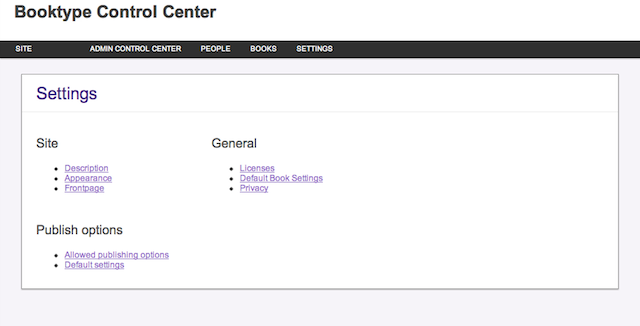 Booktype 1.5.3 is out with a lot of bug fixes and new features. Check the full list of commits here – CHANGES.txt. As you could also notice we were a bit late with this release.

Major feature is something called “Booktype Control Center”. Default Django admin interface is still here but we have developed new administrative interface for Booktype administrators. Booktype is now more customizable then ever and  you  can use this web tool to adapt it to your own needs. Besides users and books you can also manage look and feel of your Booktype instance and books your produce. We started as extremely open tool for book collaboration but with this release we have let administrators adapt Booktype instance to their own needs. Normal users can not create books? Not a problem! Only administrator can create new users? It it possible now! You only want to let users output books as PDF files? You can do it now!

Because of “Booktype Control Center” we needed to develop new way of managing configuration. Read more about it in “Managing configuration” blueprint. Only some parts of code are using this new API but i plan to convert entire Booktype in new release (that would be 1.5.4). Besides us developers, new API will be very useful to administrators during migrations or daily Booktype management.

We have also upgraded our default settings.py to work with latest version of Django. Django 1.2 is still minimal requirement but now we work out of the box with Django 1.4! No more manual editing of files! This is a feature for new users, everyone else will have to manually update their old settings.py files. If it is too much work for someone (as always, INSTALL file has information how to do it) they can always create new Booktype project and just copy+update it with their existing project.

New release will be 1.5.4 (not that hard to guess) and it should be out in 2 weeks. The plan is to have release every 2 weeks. What can you expect in new release? More API cleaning, new install scripts and couple of secret projects. But nothing is a secret with Booktype, if you want to be up to date with our development watch our github page, check my tweets and read my blog! 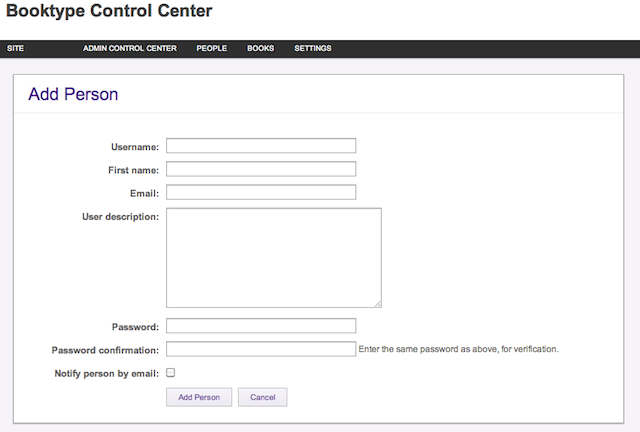 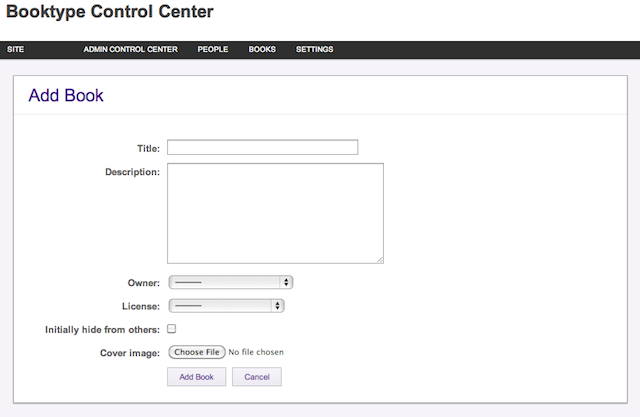