EbookLib is a Python Library for managing EPUB books. It is under AGPL license and you can find more info here – https://github.com/aerkalov/ebooklib.

Python-OOXML is a Python library for parsing Office Open XML files. At the moment it only supports HTML as output format. Strong emphasis is put on easy customization of the output. The library comes with an importer which is capable of splitting a document into separate chapters. It works both with documents which use Word styles, and documents where they are not used. 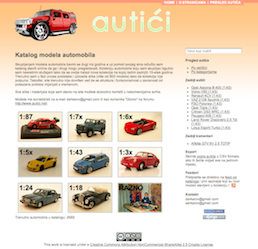 Booktype is a free, open source platform that produces beautiful, engaging books formatted for print, Amazon, iBooks and almost any e-reader within minutes. Create books on your own or with others via an easy-to-use web interface. Build a community around your content with social tools and use the reach of mobile, tablet and ebook technology to engage new audiences. Check it’s Github page or just watch this awesome video. 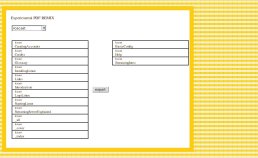 Used to be technical guy behind FLOSS Manuals project. We started as a TWiki based site and i did a lot of Perl (oh… how i hate Perl) free software extensions for TWiki (RemixAddOn, LocalizeContrib, CopyrightPlugin and IndexGenAddOn). I got annoyed with Perl and decided to write everything from scratch. And this is how Booki (now Booktype) got to this world. 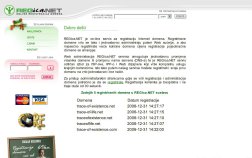 Regica is a domain register site. Did all that e-commerce stuff, communication with different registrars, card payments and etc… 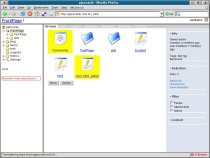 TamTam was a software developed by Multimedia Institute’s – mi2lab as GNU/GPL collaborative web application. It was based on the concept of Wiki, but had many features that are not a part of standard Wiki implementations and clones. You could even connect to your Wiki with ftp or webdav client to browse and edit documents. No Apache modules or something like that… but pure Python implementation that would preserve all security and access settings you had over the web interface. This project was a lot of fun and I am kind of sorry it did not have a happy end it deserved. 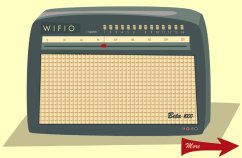 I did couple of artistic projects in collaboration with other people. Wifio was one of them… The idea was to show how vulnerable you are on open wireless networks. Wifio would sniff open networks, collect data, parse (http, ftp, irc protocols…) it and reproduce it as audio (with a little help of text to speech). This was a fun project. Had to implement my own mp3 streaming server for this (audio was played from flash applet), learn a lot about different protocols and networking. More about it here. 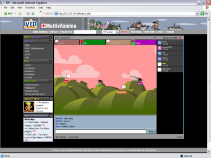 Multivitamina was some kind of gaming portal for major croatian mobile company. My first proper project using Twisted framework. We implemented 5 different multiuser games. This was my first contact with Flash and SWF format. To make the games work over firewall (for everybody else it was normal persistent connection) I got this amazing idea to dynamically create SWF file in Python and embed JavaScript code with messages in flash frames. Was so proud of myself. 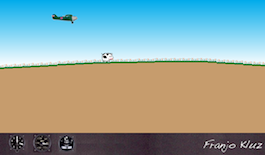 “Franjo Kluz” was this JavaScript game I was experimenting with couple of years ago. When Canvas element was still something exotic and you did not have much games in JavaScript. More about it here. 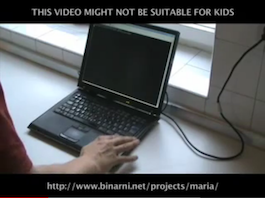 I described it as – “Maria is a sexducational tool designed for the ThinkPad series of laptop computers.” but in reality it was just silly but fun project. Check it here.

I used to be consultant and support for IBM Informix RDBMS. Corporate stuff and all that…. Worked with Banks, Post, Ministry of Defense and many more… different IBM certificates to make my parents proud and make my CV look corporate. 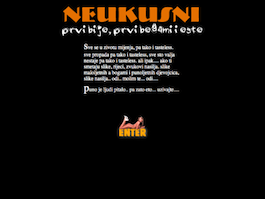 A very long time ago, somewhere in 1994 i started first e-zine in Croatia. First it was called hr.alt.flame but i had to change the name to Tasteless or Neukusni. It was distributed as zip file for download because people wanted to download it and read it offline at home. Yes, Internets were very expensive and slow back then. It was popular… and it was banned… You can read and hear about it here!